Arriving home from a hard day's work,you lay down for a quick nap, you then get interrupted by your wife's cheerful voice, "Dinner's ready!~" Your eyes widen, you just realized the situation you're in. Last time you ate her home cooked meal, you were out cold for 2 weeks. You quickly pick up a box next to you. It's do or die, got to sneak past her and get out of the house, and maybe get some chinese food or something.

Enjoy the game and any feedback will be highly appreciated!

I really liked the concept. I would suggest adding background noise and clues as to when the wife will appear. Also, the wife tends to disappear in random spots. Good game overall.

Thank you for the feedback. We are working on adding the sound soon. We will send you a link when we roll out the update.
Thanks for playing!

Hey, nice work. I liked the art. Stealth mechanic was a bit dodgy at times due to how the wife behaves.

At one point I had the wife essentially spawn right on top of me and end the game. As it stands, you don't really have any clue when or where she's going to appear. Maybe there could be audio cues beforehand, or maybe the dialogue that shows up in the upper right could be moved along the top of the screen depending on which side of the screen she's on.

You could also show her detection radius in some way -- there's no feedback to the player that tells them if she'll be able to see them or not.

There seemed to be a lot of upscaling issues going on that made a lot of the assets appear blurry. If you were using a vector art program like Inkscape, you could easily scale the assets up in there and reimport. Otherwise you'd have to either adjust the camera settings to fit that scale, or redraw the assets entirely at a higher resolution. The wife's animation and the player's walk cycle both had some issues with stray pixels appearing.

The staircase was pretty confusing to me -- you suddenly teleport and fall, and then you can't walk to the right even though there's more room to the right. Took me a bit to realize that you have to go left.

Yeah we are working on the detection mechanics. Thank you for the feedback. We will send you a link when we have the next update ready.

Thanks K appreciate it <3 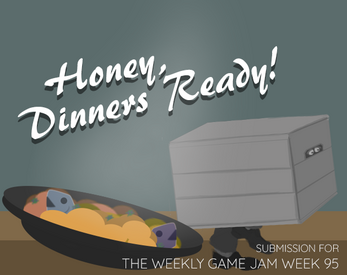